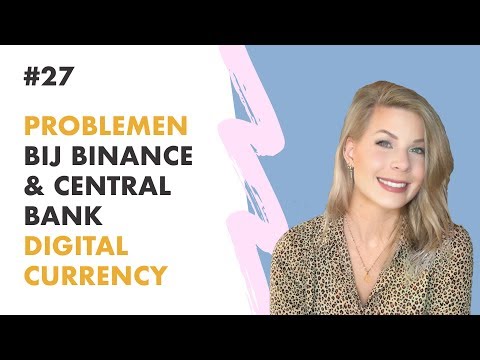 Cryptocurrency regulations of the future

Will China/USA/Europe ban the use of Bitcoin and traditional cryptocurrencies (including privacy coins) after they introduce their own state-controlled Central Bank Digital Currencies? Will they use fear, fake news of crime to justify this? They want to control money, they want data.
Will they first cripple these currencies by regulating the shit out of them, assigning different value to coins people they don't like owed at some point? Regulations already started, everyone owning crypto is deanonymized, exchange is heavily controlled, centralized exchanges steal money from people they don't like by "freezing" their accounts.
If big cuntries ban real cryptocurrencies, when 25%/50%/75% of all users loose access, how will that fuck with the price?
Will people use decentralized networks -- like Tor and I2P -- to have access to crypto? China already bans Tor, and makes it almost impossible to access the network. Hardware and software spies on all of us. China banned the real internet, now Russia wants to follow. Australia tries to ban cryptography, now USA wants to follow, again. What will we do when other cuntries start banning privacy networks?
 Support decentralization, support free software. Don't let propaganda influence you, don't accept regulations.
 -gen_server | post signed | pgp:F778933194DC122F8AD860FE3258E0996EC21CBD |

My experiences as new investor are mirroring the overall market. Scrambling to Value as small and mid-caps continue to tumble.

Being new to this market feels like riding a roller coaster, which I'm sure is not news to anyone. But over the past few weeks I feel like I'm seeing some distinct trends in the markets that mirror my own experiences, and hopefully can give some insight to the future.
Like a lot of people, I only bought in recently, around the time BTC was leading the national news cycle. But due to the barriers to entry, there was a pronounced delay from when I made the decision to invest and when I could actually put any money in play. The most established Fiat-Crypto exchanges were experiencing 5-10 day delays for new accounts to get verified and funded.
So even though Millions upon Millions of new $ were being committed to Crypto in the last week of December, little of that was hitting the market until Jan 2nd-4th. And when it was, it was coming in through somewhat inexperienced traders like me, who were initially buying the big-cap newsworthy coins (BTC, ETH, XRP) because that's what they had heard about.
Within a few days, I began discovering more Crypto trading resources and exchanges, and information sources like CoinMarketCap and /CryptoCurrency. On Dec 26th, I didn't even know there were legitimate cryptocurrencies out there besides ETH, BTC, and ZEC, and by Jan 2nd I was trading RaiBlocks on BitGrail for fucks sake.
I also made some dumb moves, by chasing micro-priced coins. Everything was going up, and some of the $0.000x coins were popping for 5x, 10x. The strategy of spreading your portfolio in the 10-20 lowest coins on Binance/Kucoin and waiting for one of them to go 10x was a pretty solid move for a few days there. But as quickly as everything was turning to gold, it turned the corner and went to shit. And I'm not surprised at all because the people who had been holding those micro-coins knew they were worthless, so they dumped it before newbies like me knew what hit us.
Since it was the BTC surge, and the ensuing news cycle that built this run, now that those factors are reversed, it is naturally leading to a reversal of the trend. BTC goes from $20k to a new support level of $13k-$14k. A word search for "Bitcoin" on either CNN.com or BBC.co.uk no longer appears in any headlines. The fire underneath the market is gone. Unless those factors flip again, we are not going to see a swift recovery of the past week's losses, especially not for the small-cap and shillcoins that only benefited from the market surge, not their own fundamentals. I for one, am not on board with all those saying "buy back now, its not a correction, its a discount!" I see the Global Crypto Market Cap continuing to fall, maybe by another 10-20%, before stabilizing and staying flat until the next major shake-up.
But for me the silver lining is that there are now thousands (maybe millions) of new players on the field, like me. Many of us are younger, internet-savvy, and eager to learn and participate in the growing movement. Once this correction has run its course, I believe there will be much more established fundamentals emerging in the market. People will still pump and dump, like they have for generations with stocks, bonds, tulips, orange juice futures, etc. but currencies that have real-world uses and fundamentals will rise and fall in value predictably along with the market's interpretation of them, just like wall street does with publicly traded companies.
And just because the total market cap is contracting, does not mean all coins will be losers. I don't think there is very much fiat currency actually leaving the system, its just being panic-traded out of speculative coins back into more established currencies at more reasonable prices.
If people like me are the model for a new generation of Crypto-traders, then here is what I'm doing as a reaction to the crash.


1: Get out of any project that doesn't have a real-world use today, or a major development milestone within the next week or two. Get out of any "decentralized currency" coin besides the top 5.

2: Focus on a baseline established currency (BTC, ETH are easiest) and re-calibrate my thinking to maximize my BTC balance, instead of my USD balance. Not that BTC is the only reasonable currency of exchange, but until something changes, its still the safest and most stable.

3: Think global, and actively seek the latest and best information. Just because the US is cooling down doesn't mean China, Korea, Japan, India, Russia, Europe, Singapore, Vietnam may not be heating up. And know which coins get boosted by which news.

4: For Blockchain/Crypto projects, stay up to date on news and development. Try to get on their Slack, follow their Twitter, get on Telegram. And don't fall in love with them. If there is a competitor with a better product, better team, faster dev, or cheaper price, make the smart move.

5: There will be another run. It won't be as big, it may not last as long, and it may not happen for a while, but it will come. So be ready with some cash to throw around, a solid strategy to get in, and more importantly a plan to get back out on the other end.

Crypto giants Binance Holdings Ltd. and Tron have been banned on China’s largest micro-blogging service amid what appears to be fresh steps to crack down on digital currency trading. BBC Radio is not known for its maverick stance on crypto-related matters, although it last year hosted a nine-part podcast expose series on the operators of the scam “token” OneCoin, parts of which focused on bitcoin and blockchain technology. The news came in a report from CoinDesk citing two sources “with knowledge of the matter.” While neither a timeline for when the office will be opened nor exactly what purpose the office will serve has been established, the office’s opening seems to come at a particularly strategic time for Binance. Late last week, President of the People’s Republic of China Xi Jinping remarked that ... The Binance exchange, which stores Bitcoin and other crypto-currencies for members, said hackers took 7,000 bitcoins in one go. Withdrawals have now been suspended on the platform. Cryptocurrency exchange Binance is set to add two more channels to its fiat gateway - WeChat and Alipay, allowing users in China to buy bitcoin (BTC) with the two payment options.The post Binance ... Bitcoin's price dropped by as much as 4.2 per cent in early Asian trading as news of the hack broke, although it later recovered some of its losses.